REPORT AFTER OPTIMISATION EXERCISE No 5

This is a further article taken from a report which was prepared for various departments in a process company after some optimisation work was performed for them.  (The other four articles were published in preceding months).  Serious problems encountered on two more important loops are described in this article.
The first one is the control of the outlet temperature of a steam desuperheater on a boiler.  Control of steam temperature is extremely important for refinery processes, such as in distillation columns, and it is vital that this loop performs well.  The temperature is controlled on a desuperheater by controlling the flow of spray water into the steam.

Figure 1 illustrates the recommended basic control configuration for a direct heating steam desuperheater.  As can be seen the outlet temperature of the steam is controlled using a simple temperature to flow control cascade system.  The purpose of the flow secondary control is to ensure that the correct mass of water is injected into the desuperheater.  The flow loop responds very much faster than the temperature loop and thus it effectively eliminates all problems such as valve faults and water pressure variations that would seriously affect the temperature control.
In the actual loop in the plant we are talking about here, although there was a water flow measurement, no flow secondary cascade had been configured, and the output of the temperature controller was connected directly to the water control valve.  There were major problems causing temperature swings and the operators normally tried to control the temperature in manual.
Due to the fact that the water flow was  measured, it was possible to test the valve operation by varying the output of the temperature controller and seeing the affect on the flow.

An open loop test is shown in Figure 2, and this illustrates exactly why the temperature was not being controlled properly.   It can be seen that that when opening the valve from the closed position, there is no flow until the controller output gets to about 10% and then the flow jumps straight up from zero to about 18%.  This is creating problems and cycling at low loads.  Once again even if they can improve this, I would strongly recommend that a cascade flow loop be created which will help tremendously.
Apart from this it was also found that the original tuning was completely unstable, and caused continuous cycling.  Another wonderful example of a badly tuned temperature control loop.  It is really interesting to compare the “as-found” and final tuning values:
As-found tuning:   P = 17,   I = 1.5 repeats/ minute.
Final tuning:   P = 1.1,   I = 1.0 repeats/ minute.
The second example is of a differential pressure control the purpose of which is to keep a constant flow of product through the one side of a heat exchanger.  Again it is also an important control as variance in it can have all sorts of effects on other interactive loops.

Figure 3 shows part of a closed loop test performed on the loop, where the setpoint is being held constant.  It can be seen that the controller is battling to keep the PV on setpoint, and is ramping up and down in a type of saw-tooth wave, whilst the PV seems stuck at times and the jumps to a new value on either side of setpoint.  This typical of stick-slip cycle, where the valve sticks, and the integral action in the controller starts ramping as it attempts to get the PV moving.  Eventually there the actuator has sufficient energy built up in it to overcome the valve stiction and it results in the valve moving.  However there is now so much energy in the actuator so that the valve overshoots setpoint.  Then the cycle reverses.
This problem can only be corrected if the valve is fixed. 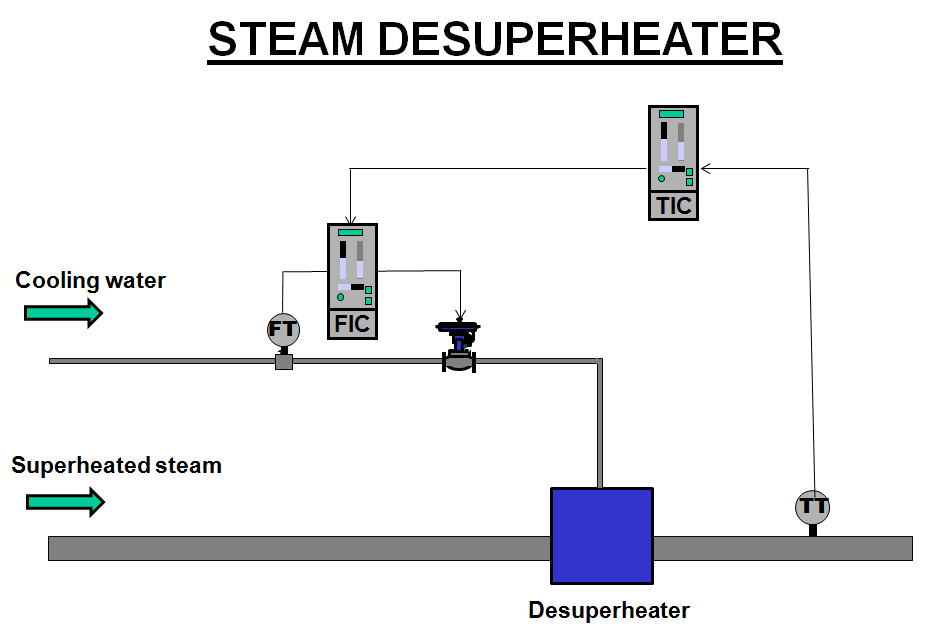