The first example is that of a flow control loop on a liquid flow.  Figure 1 shows a closed loop test with a step change of setpoint.  Three problems immediately stand out:

1. The tuning is terribly slow.
2. The valve is sticking badly   It takes a long time to move then sticks several more times as it opens.
3. The valve is probably extremely oversized which can be seen by the huge step in PV as compared with small step in the controller output.

Figure 2 shows the open loop stepping test.  This confirms deductions 2 and 3 made from the closed loop test.  In particular it shows that the valve is at least 7 times oversized.  In addition another extremely serious problem has been uncovered, namely that the valve overshoots really badly, particularly in the closing direction, and the positioner takes an extremely long period to correct the overshoot.  These factors make good control almost impossible.

This is confirmed in Figure 3 which is a closed loop shows a setpoint step change made with much better tuning, which was kept as slow as possible to try and overcome the problems of sticking and overshoot.  However it did not help as the valve stuck and then hugely overshot.  The controller tried to bring it back, but the same thing happened in reverse and the valve is now in what could be described as a terribly slow stick-slip cycle.

The second example is an interesting pressure control loop.  The Operators were always complaining about this loop which they had to try and control in manual as it didn’t control in automatic.
A closed loop test with the existing tuning parameters was tried but nothing seemed to happen when a setpoint step change was made.
Very fortunately there was a flow meter in series with the valve which allowed us to examine the valve performance.  The open loop stepping test showing the flow versus the controller output is shown in Figure 4

The following extremely serious valve problems were revealed:
1. There is no valve movement until the controller output gets above 30%.
2. The valve is very sticky.
3. When making the same size steps on the controller output the valve response is very erratic and non-repeatable with big movements in some places, and small in others.  At times it didn’t move at all.  This makes any reasonable control impossible.
However further testing of the actual pressure loop showed it to have extremely slow dynamics, and in fact crude but reasonable pressure control was in fact obtained, by running the loop with “ON/OFF” control, that is with the valve either fully open or closed.   This is equivalent to the type of control one uses when controlling the temperature in a bath, as opposed to “throttling” control you use when controlling the temperature of your shower. 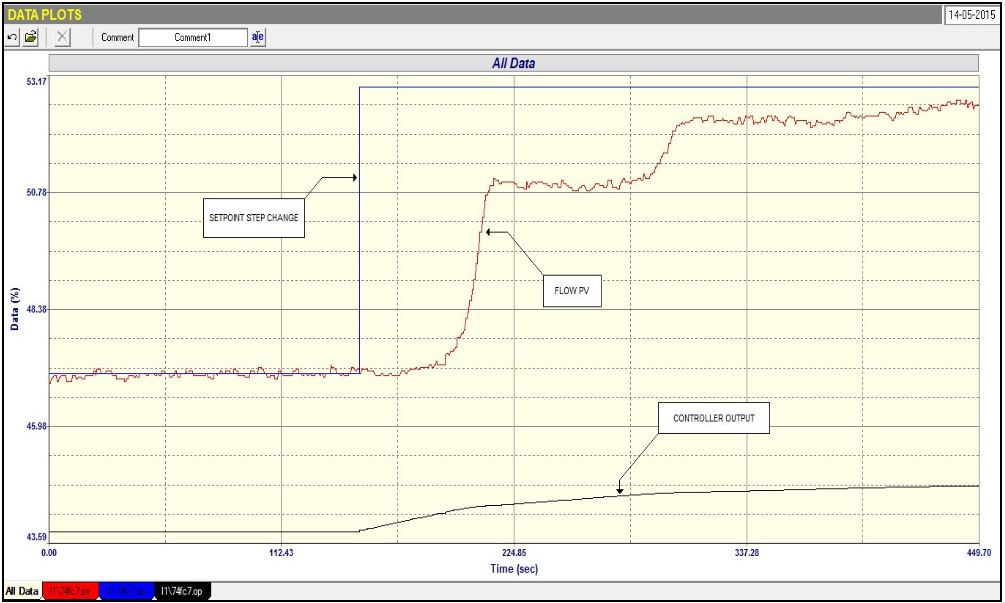 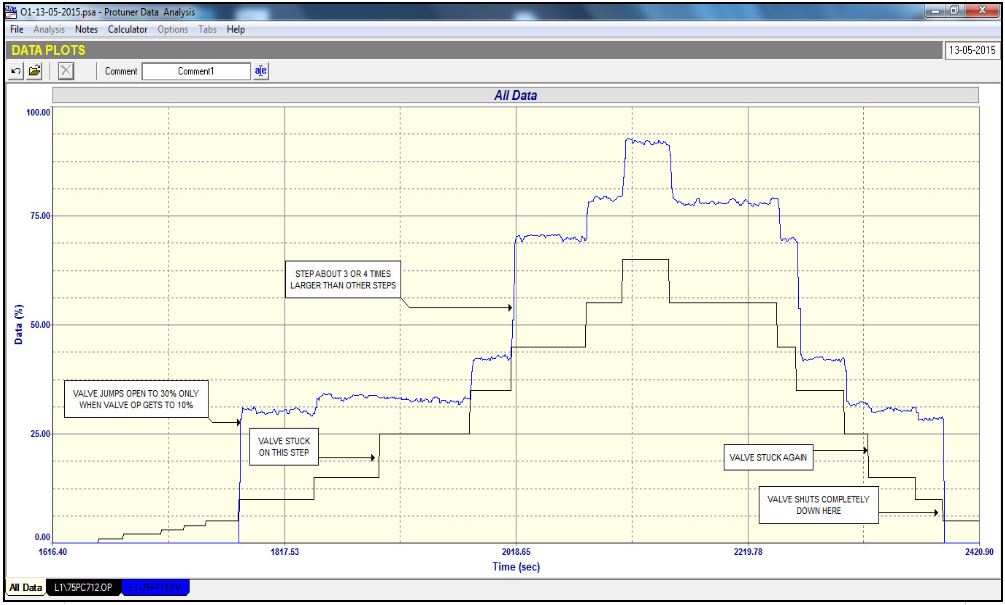 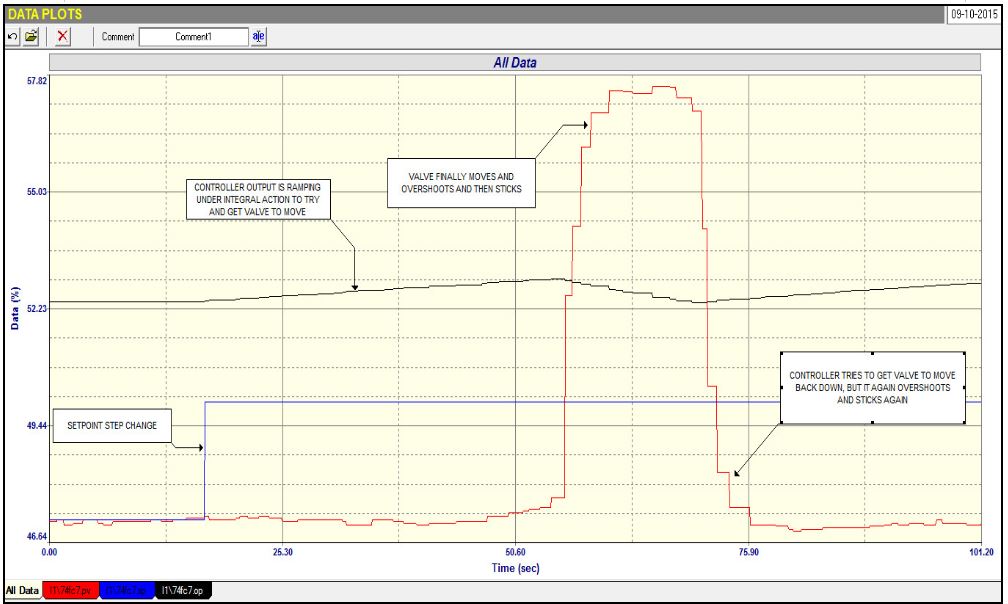