The longer I work in the field of control loop optimisation the more I learn that things often don’t work the way one expects.  I have spent over 30 years optimising literally thousands of loops feedback control loops and have gained tremendous confidence and experience.  However I still frequently encounter new and sometimes strange things happening which need a lot of thought and often experimentation to try and understand, in order to control them in the best possible way.  A case in point was when I was recently requested to optimise the main temperature control on a distillation column.

I have in the past optimised the controls on quite a few columns, and generally the dynamics in a reboiler temperature control process consists of a fairly simple self-regulating process, with a large first order lag, and a small deadtime.  Like the vast majority of slow temperature controls, it takes time and patience to do the necessary testing to successfully tune the temperature controller.  However it is not difficult if you have the right analytical and tuning equipment.

Figure 2 shows the open loop step test which is used for tuning on such a process.  (As one can only make very small changes on the temperature when performing the test, it is necessary to draw a “best-fit” line through the noise of the PV signal to establish the true dynamic constants.)

Nearly all the reboiler temperatures I have optimised have worked extremely well after optimisation.  However the one under discussion here proved to be very difficult.  Figure 3 shows the open loop test performed on the temperature.  Firstly for some unknown reason the process behaved more as an integrator than as self-regulating, and although the test was repeated quite a few times, the temperature just seemed to keep on integrating when a step change was made.  This doesn’t make much sense, and I had some in-depth discussion with several experienced process engineers, but nobody has been able to explain why this particular column reacted in this way.

Secondly, immediately the output of the controller was stepped, there was a very fast rise in temperature which eventually slowed down and then came slowly back until the ramping temperature started it moving up again.  This is a most unusual response, and we repeated the test quite few times, and this time trended most of the other controls.  It was then found that for some reason the column pressure which is measured at the top of the column reacted immediately when the output of the temperature control moved.  This again does not make much sense, as the temperature itself has not had time to change under the influence of the change in steam, but the pressure change caused the temperature to “jump” virtually immediately.  Again no one has been able to offer a rational explanation for this.

We finally tuned the temperature as a “straight” integrator as shown by the dotted line in Figure  3.  The final tuning worked extremely well.  There is definitely some interaction between column pressure and temperature, but it is not serious.

This is not the first time we come across mysterious and unexpected happenings in the control world for which no rational explanation seems to exist.

I would welcome any readers’ comments on this.  Possibly someone else has experienced a similar phenomenon? 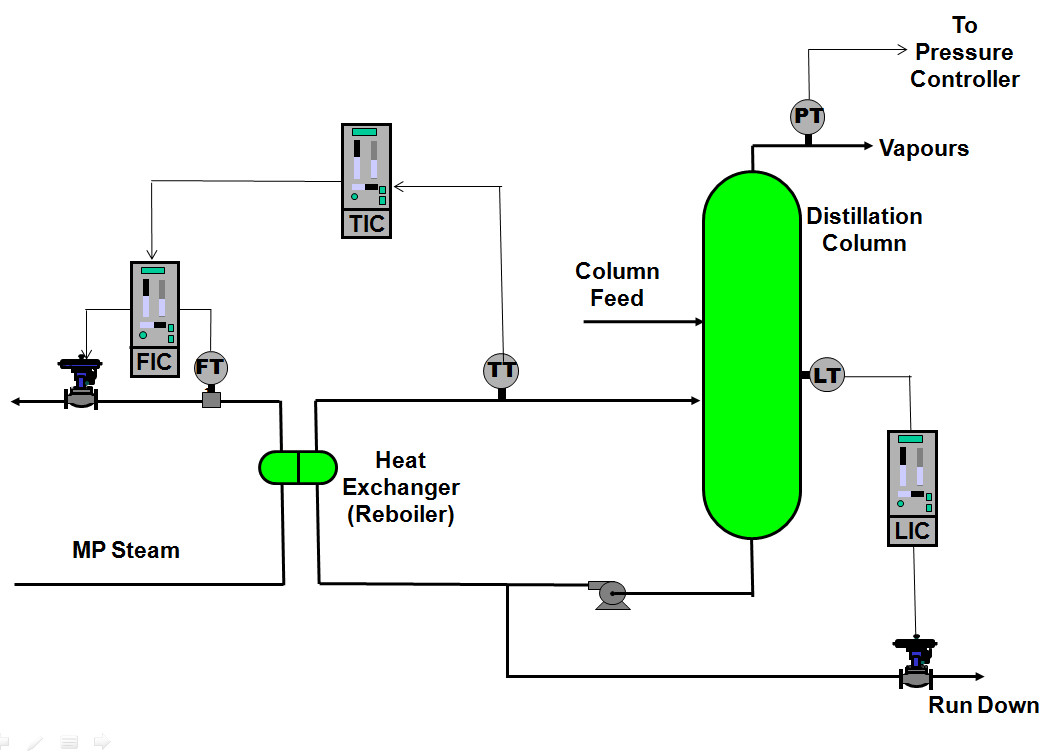 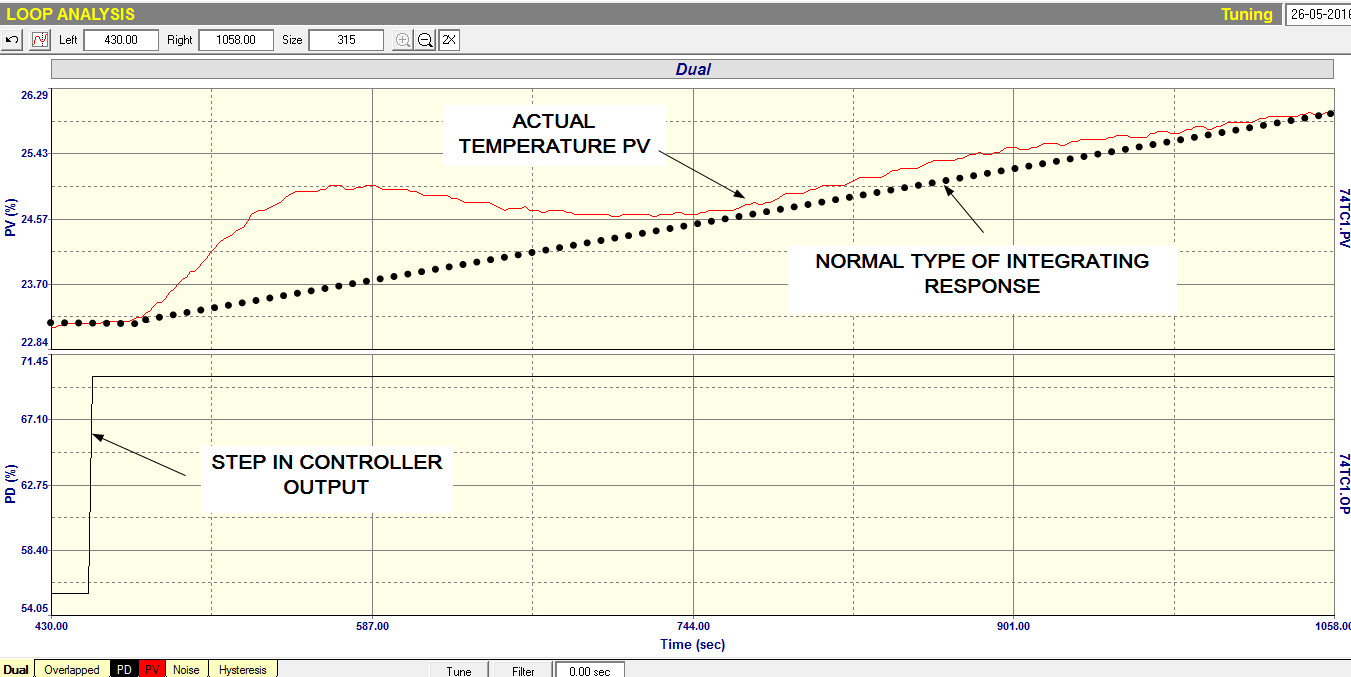