Are smart positioners the answer to all valve problems?

Over the many years that I have been writing these articles in the Case Histories Series, the one theme that reoccurs very frequently is problems encountered with valves. In recent years I have been told on quite a few occasions by people that their valve problems are over as they have now made the huge and expensive step forward by replacing all the positioners in their plants by smart positioners. I have also been told that the smart positioners completely eliminate hysteresis, and effectively cure all problems.

A smart positioner is one which contains a microcomputer, and as mentioned in other articles, another one of the fallacies I encounter is the common belief that computers are perfect., can do no wrong, and can sort out all problems.

Now, having been trained as an engineer around the time Noah came out of the ark, and having been brought up on relatively primitive devices like slide rules and log books, I am one of the biggest fans around when it comes to computers, and really love them. However I do try and do this in a sensible fashion, and realise that whilst computers do good and at times wonderful things, they are only as good as the people who program them, and in fact they can and do introduce complications that may not have been present in the bad old "precomputer" era. Therefore I was initially rather sceptical to hear these wonderful and possibly wild claims about smart positioners.

On talking to some very knowledgeable suppliers and manufacturers of various makes of smart positioners I learnt that there are smart positioners, and then there are really intelligent positioners, which apparently go a few steps further than just "smart". However as the engineering world is a very competitive place where the hard headed accounting types who pay the bills, look very much at price as opposed to specifications, you do have to pay more for the extra intelligence. In other words you pay for what you get.

The main purpose of any positioner is to try and get the valve to the position as dictated by the controller's accurately as possible. Positioners were in fact introduced mainly to try and eliminate hysteresis effects. The old type of pneumatic positioners which have been around for many decades, did a pretty good job, but like all pneumatic devices were relatively crude and inaccurate. They only incorporated a P (proportional) only control in positioning the valve. As mentioned in the Loop Signature series P only control is likely to result in some offset, as it does not try and eliminate the actual error. The I (integral) term is needed to eliminate error completely.

However one must be aware that the I term can also introduce problems, for if it cannot eliminate the error for any reason, it will tend to keep trying to move the valve in the direction needed to eliminate the error. If the valve is sticking too much, then a bad overshoot, or even continuous cycling (instability) can result. One must obviously also ensure that a positioner with a P+I controller in it, is correctly tuned for the particular valve/actuator combination.

To me one of the best and probably most important features available, possibly at extra price on the "intelligent" positioners, is the valve performance diagnostic ability that can be offered in these devices. At least one of the better known makes actually can communicate information on the state of the valve over the internet. It continually monitors the performance of the valve's actual position and response dynamics, and can sound warnings if the valve's performance start deteriorating. Typically it can advise of excessive stiction, hysteresis, overshoot, etc. As over 85% of all loop problems are generally valve related, this is a huge benefit, and if one is serious about optimisation, it is to me well worth the expense of the device.

Figure 1 shows an open loop test taken in a chemical plant. It shows the response of the flow to step changes made on the PD (controller output).

As can be seen there is a big overshoot on each movement of the valve and it takes a tremendously long time to recover. This is really a weird response and one I have never seen before. Figure 2 shows the closed loop test after tuning. The positioner/valve combination is completely unstable when the controller is in automatic, and with any reasonable tuning the positioner overshoots on every reversal of the valve, which means it has to reveres the valve again.

Figure 3 is an open loop test on another flow loop performed in a mining application.

This is one of the worst valves I have ever seen. Even valves without a positioner or with old fashioned positioners don't perform so badly. Everything is wrong. The positioner sometimes causes huge overshoots, but not every time. The valve sticks badly at times and the positioner does not seem capable of doing anything about it. (Possibly it has a terribly undersized actuator). The steps are all of different size, which I am pretty sure has nothing to do with the valve characteristics. Most of the time the size of the steps moving up seem very different to the size of the steps coming down. All in all, the valve is completely non-repeatable, and there is no possibility that any type of automatic control could be achieved with it. It seems hard to believe that a valve like this has got a smart positioner on it. Certainly not intelligent. If anything I would say that the positioner suffers from mental defects!

Figure 4 is shows a similar test performed on another flow loop in the same mine.

It shows very similar, mostly non-repeatable problems The valves and positioners were supplied by one of the world's largest manufacturers of high quality process control equipment. The plant incidentally is very new and has been operating for just over a year. I was told when I started my work there that it was unlikely that I would find any valve problems because firstly everything was so new, and secondly they had gone for the top of the range smart positioners. However nobody seemed to have picked up these problems prior to my visit.  The problems they were having with control was put down to poor tuning. Yet most of their valves were suffering from the sort of problems seen in these examples. Surely so called smart positioners should have been able to inform the user of the problems?

I have no desire to leave the reader with the impression that smart positioners are necessarily not good.  There is no doubt that they can offer tremendous benefits. However what I have tried to do here is to sound a warning that one may encounter problems just as bad if not worse with them as one did with the old fashioned types of positioners, and before investing blindly in expensive equipment like this, some research should be done to ensure the make you get is really offering you advantages, and to especially make sure it has the correct analytical abilities to sound warning of problems. 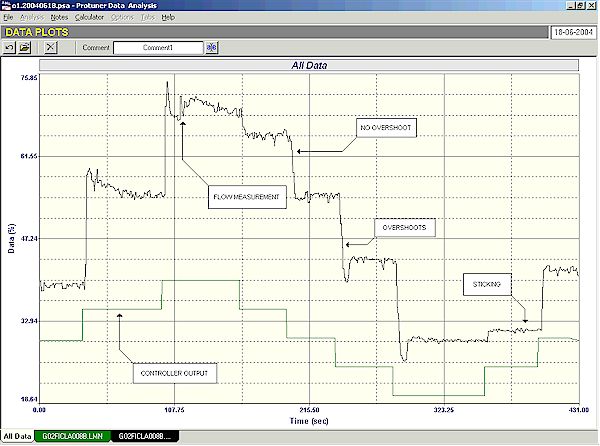 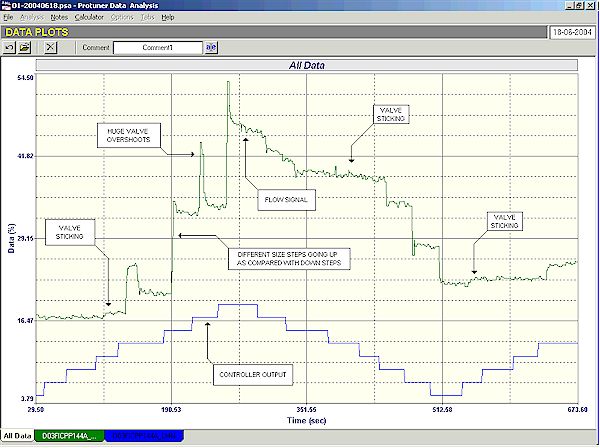 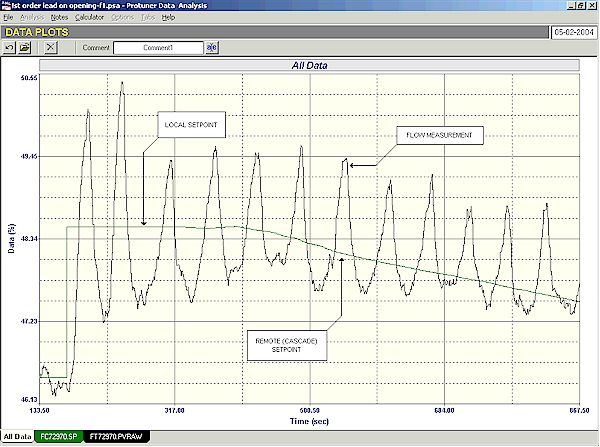 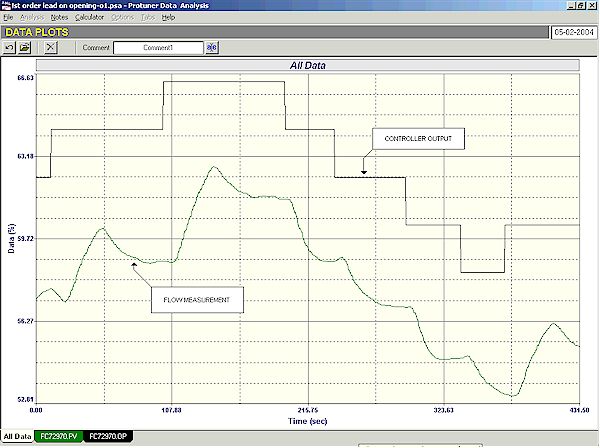