A controller responds to input changes with responses dependent on the way the P, the I and the D modules are configured.  It is sometimes necessary to perform tests on a controller to ensure it does in fact respond correctly to changes on its input.  This is particularly true for controllers in many digital systems, and even more so in the case of many PLC’s, where controllers often do not actually respond correctly to input changes.  (This may be due to a fault in the controller’s software, but more often than not, it is because the user has set-up the controller incorrectly). 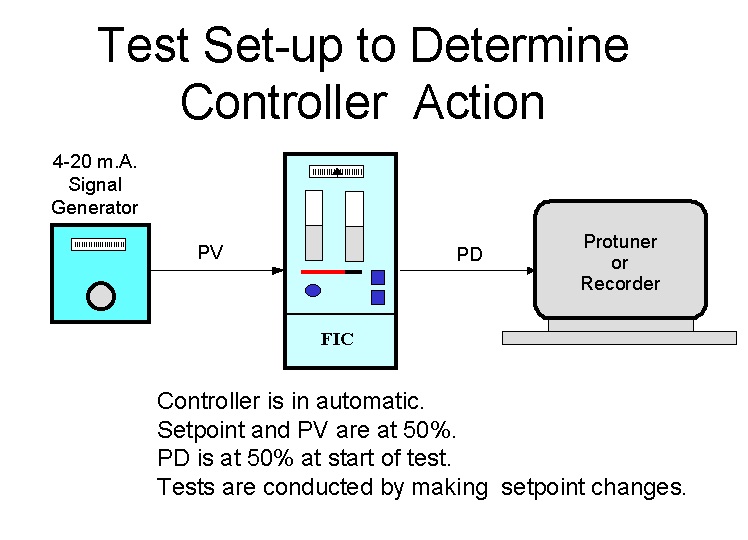 A controller is essentially a mathematical calculating unit.  It is important to know which algorithm (equation) it uses in performing its function.  Although control academics are always presenting many specialised algorithms to help in dealing with the control of difficult or specific processes, commercial controllers generally employ one of three algorithms.  Some manufacturers allow you to choose between two, or even between all three of these.

All of these three algorithms essentially perform PID control more or less equally well.  However what is not generally known is that different tuning would have to be set in each of them if one was to use P, I and D parameters to control a particular process, and also achieve the identical response from each controller.
The basic format of the three algorithms are: 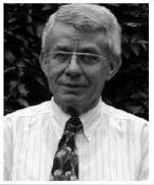 Although the names I have used for these algorithms are in fairly common usage, there are as always, no standards, and many of the manufacturers use other, and often confusing nomenclature.  The names given here will be used throughout this series to identify a particular algorithm.

Historically it is not quite clear how, and by whom the algorithms were developed, but I suspect that the Ideal was the first, as it appeared many years ago in the Transactions of the ISA.  Possibly it was formulated by the famous Nichols.  Several articles I have read claim that the Ideal algorithm was not in fact suitable for use to manufacture the pneumatic controllers of that era, which they needed to build in modular form. This was because a full 3 term pneumatic PID controller was very expensive, and it was far more cost effective for users to order controllers with only the control terms that were required for the particular application.  If at later date they did require an additional term or terms, then they could order a kit of parts, which could be easily added into the controller.  It was easier to make such a modular controller by slightly modifying the algorithm.  This was the Series algorithm.

The Series algorithm effectively became the standard at that time, and with the possible exception of manufacturers of controllers in the electrical power industry, all controllers were made like this.  When electronic analogue controllers were developed in the 1960’s the same algorithm was retained.

Digital controller’s appeared on the scene in the 1980’s.  The old established instrumentation companies were entering the era of the DCS, and PLC manufacturers who up to that time were only interested in digital ON/OFF control, started expanding their products to include analogue control capabilities.

The latter in particular had no little or no experience of feedback control, and their programmers in many instances probably acquired their knowledge from reading textbooks on PID.  They found the Series and the Ideal algorithms, and not fully understanding why the mathematicians of old had bothered to multiply the I and D terms by the P gain, they also came up with the Parallel algorithm.  This was termed the Independent algorithm by one of the large PLC manufacturers, who loudly proclaimed it as superior, as the I & D terms were not affected by changing the P term.  Although this sounds intelligent, it actually shows that the people who invented that algorithm had little practical knowledge of control. The reasons for this opinion of mine will be explained more fully in later articles in this controller series.

Initially quite a few of the PLC manufacturers used only the Parallel algorithm in their products, but with the exception of only one, the prominent DCS manufacturers stuck to the Ideal or Series algorithms.  However in recent years some of them now also offer it as their default algorithm, or as an alternate.

Again in my view, people who programme controllers into computers and who offer the Parallel algorithm as a default, again display that they have very little understanding of practical aspects of control.

It is of significance to note that although many of the digital controller manufactures who originally employed the Parallel algorithm, all of them, as far as I am aware, now offer a choice of at least one of the others; mainly because of the unfavourable user reaction to the Parallel.
The main problem with it is in the tuning.  The Parallel algorithm is generally much harder to tune by trial and error than Series or Ideal.

To understand this, one must realise that at least 98% of all loops worldwide are tuned by “trial and error”, or if you prefer, playing with the knobs.  In general, very few people actually are really capable of achieving good tuning this way, but there are some who have over the years developed a wonderful “touch” for trial and error tuning, and have become extremely proficient in this art.  Now this experience has generally been gained on controllers that are equipped with Series or Ideal algorithms.  The tuning for both of these is identical for P + I tuning.  It only differs for P + I + D tuning.  (An inspection of the equations above will explain why this is so, because when D is set to zero the equations become identical).

If you were to take one of these highly experienced tuning wizards and ask him (or her) to tune a loop that had a controller with a Parallel algorithm, the result would be catastrophic, as the “feel” that the person had developed using the Series or Ideal algorithm is of no use whatsoever when tuning a Parallel controller.
It works completely differently.  For example if you had a loop that contained a Series or Ideal controller, and the loop was cycling badly in automatic, you would generally reduce the proportional gain to try and stop the cycle.  However if you were to do this on a loop controlled by a Parallel controller, the loop would actually cycle more.

Reasons for the strange behaviour of the Parallel algorithm and why it is so difficult to use, will be given when the I term is described later in this controller series, and also when tuning is covered, which will be much later in the Loop Signature series.